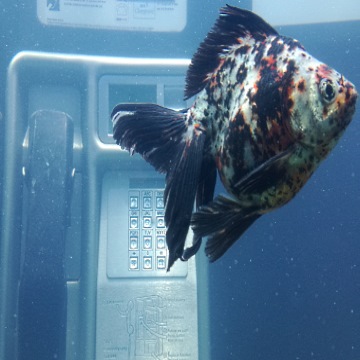 This is a shorter-than-usual podcast in which I ask listeners a few important questions about the future "direction" of TMR.

After that—as an excuse for a bit of fun, really—I take the opportunity to share one of my fake phone-ins. (Yes, you read that right!) Each week, at the invitation of Mark Campbell who hosts a hospital radio show here in the UK, I phone in as a fictitious person called John Ashe ("with an E") from Basingstoke, who chats with Mark and shares his "message of the week" for about ten minutes. It's basically a very gentle comedy improvisation—on the edge of believability, although I don't think anyone actually believes it—and we simply see where the conversation leads as we try not to crack up on-air. So far we've kept a straight face (if you can say that about radio). In this recent episode, John talks about his dentist, Laura, who has a fascination with UFOs.

"John Ashe ("spelt with an E") is either 60 or 62 years old and lives in Basingstoke, UK. In the 1970s he had two girlfriends (at different times), one called Maud, the other Molly. His hobbies include riding a pogo stick and walking with stilts (neither of which, contrary to the ignorant opinion of his newly trained GP, has any connection to his persistent back problems). Though not short of money, as a fairly successful, now-retired, quantity surveyor, John occasionally endeavours to supplement his pensions by buying and selling Cornish pasties and transporting them up and down the M6 to outlets from which he can gain the greatest profit before they go bad. He once (famously in Baskingtoke circles) won a second-hand lawnmower in a postal competition."

[Any similarity to actual persons, living or dead, or actual events, is purely coincidental.]