"Statement on impending US, UK and French military intervention in Syria", Global Network for Syria (August 30, 2018)

This is an important post. Peter Ford, a former UK ambassador to Syria—to whom we spoke recently—has confirmed to me this evening that the following statement by members of the Global Network for Syria was published today. 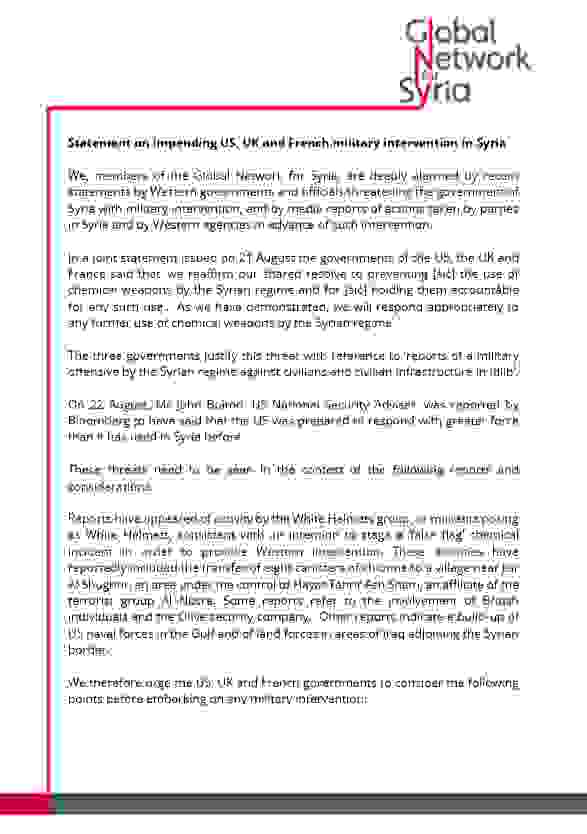 We, members of the Global Network for Syria, are deeply alarmed by recent statements by Western governments and officials threatening the government of Syria with military intervention, and by media reports of actions taken by parties in Syria and by Western agencies in advance of such intervention.

The three governments justify this threat with reference to ‘reports of a military offensive by the Syrian regime against civilians and civilian infrastructure in Idlib’.

On 22 August, Mr John Bolton, US National Security Adviser, was reported by Bloomberg to have said that the US was prepared to respond with greater force than it has used in Syria before.

These threats need to be seen in the context of the following reports and considerations.

Reports have appeared of activity by the White Helmets group, or militants posing as White Helmets, consistent with an intention to stage a ‘false flag’ chemical incident in order to provoke Western intervention. These activities have reportedly included the transfer of eight canisters of chlorine to a village near Jisr Al Shughur, an area under the control of Hayat Tahrir Ash Sham, an affiliate of the terrorist group Al Nusra. Some reports refer to the involvement of British individuals and the Olive security company.  Other reports indicate a build-up of US naval forces in the Gulf and of land forces in areas of Iraq adjoining the Syrian border.

We therefore urge the US, UK and French governments to consider the following points before embarking on any military intervention: 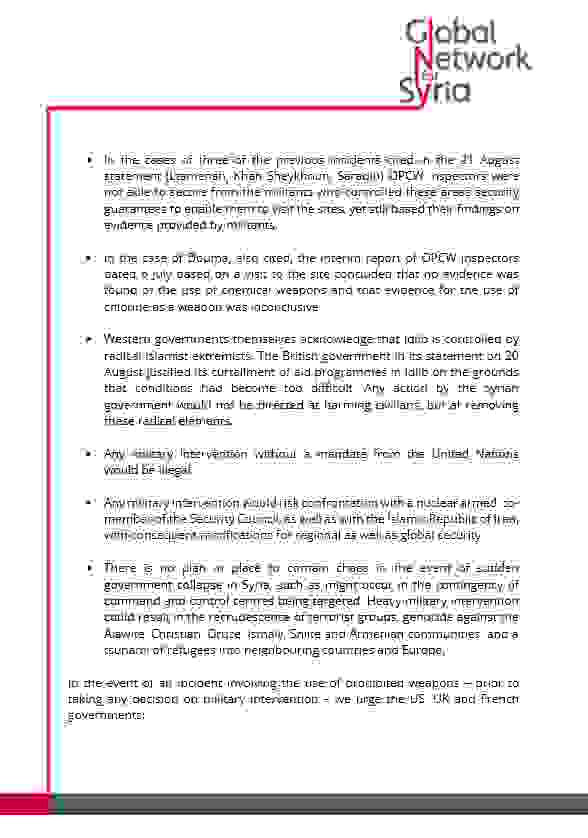 In the event of an incident involving the use of prohibited weapons – prior to taking any decision on military intervention – we urge the US, UK and French governments: 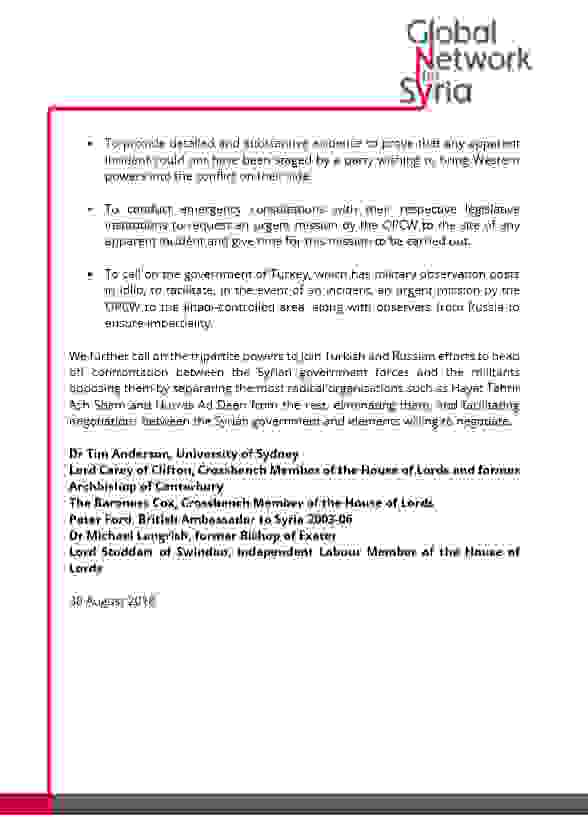 We further call on the tripartite powers to join Turkish and Russian efforts to head off confrontation between the Syrian government forces and the militants opposing them by separating the most radical organisations such as Hayat Tahrir Ash Sham and Hurras Ad Deen from the rest, eliminating them, and facilitating negotiations between the Syrian government and elements willing to negotiate.