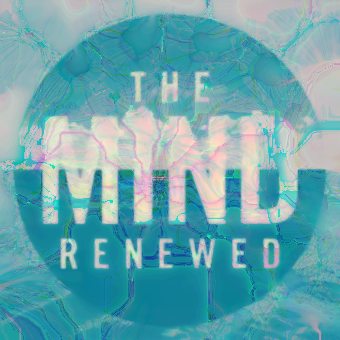 It wasn’t a difficult decision not to sleep on The Mall this Spring Bank Holiday. I’ve spent enjoyable nights in some odd places, so I’d never criticise the choice of those drawn to the pavement outside what a French friend recently described to her children as “the Queen’s House”.

It’s not only that there are lots of other pleasurable places in which to enjoy early June. More important is that my patriotism – my commitment to a full life for all my fellow citizens and a fairer, peaceful world for everyone else – doesn’t require me to wave flags, cheer processions or listen to superannuated royal “experts” and flunkeys as they earn a summer shilling hyperbolically extolling the monarchy and its personnel.

This isn’t being disrespectful to the Queen, an elderly and frail widow who emerges into her 71st year as head of government with a rather better reputation than a few other European hereditary heads of state in my lifetime.

But in this time of national crisis – galloping inflation, impending financial catastrophe and with a corrupt liar in No 10 Downing Street – don’t we need to grow out of this sentimental nonsense? Couldn’t we liberate our fixed-smile TV presenters and reporters from spending the Spring Bank holiday dutifully gushing what they know to be largely saccharine guff?

How about instead living in a country not of curtsies, unearned titles and Ruritanian fancy dress but one where the dignity and equal worth of all its citizens is foremost – a society happily free from the divisions of status and privilege – an appealing, inclusive state that belongs to its people?

My old friend Ken Ritchie has written well about this for a Labour audience, but I think his calm, reasoned advocacy of republicanism will appeal to many others when he writes:

“It is a mistake to view the monarchy as a quaint and largely irrelevant left-over from a bygone age. Monarchs no longer rule the country in the way their predecessors did (although, constitutionally, they still have considerable powers to do so), but their influence on governance and society should not be underestimated. Too often that royal influence is used to prop up the powers of a right-leaning establishment, and acceptance of the monarchy’s existence reinforces a social order that is inimical to Labour’s values.”

No one I know is calling for the tumbrils and guillotine. But Ken concludes that the time is right for us to think of a different future.

“With the experiences of the Brexit process and the COVID lockdown raising more questions about the fairness of society, fundamental changes are needed to restore confidence in politics. The case for a national debate on how we are governed is therefore a strong one.”

Boris Johnson is scarcely the character to lead such a debate. Could Keir Starmer, touched on the shoulder by the heir to the throne in 2014 to become a knight of the realm, be the person to do it? Or will change only come about when those of us not sleeping on The Mall or dozing before our screens make it happen?

The above article is Copyright © 2022 John Booth, all rights reserved, and reproduced here with express permission. (Hyperlinks in the original)