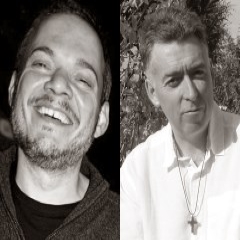 “We do not talk to say something, but to obtain a certain effect.”—Joseph Goebbels

We are joined by our doubleplusgood friend Antony Rotunno for a relaxed, unstructured--and fullwise informative--conversation on "Propaganda in the COVID Era". Rabbit. Custard.

Over the last two years (almost), we have been intimidated, cajoled, guilt-tripped and "nudged" (oh, what a cute word!) by the social engineers of Ingsoc. Where's your mother? Goodthinking behavioural psychologists, bellyfeeling mathematical epidemiologists, newspeaking media propagandists (and many other duckspeaking "ists" besides) have conspired to prod us out of our doubleplusungood ownlives into accepting so-called "non-pharmaceutical interventions" and "safe and effective" novel gene therapies in an ostensible "war" against a non-existentially threatening respiratory virus of dubious origin. Rudolph, can't see you now? Biscuits! Marigold? Fuzz, fuzz, fuzz.

So join us as we attempt to dissect—with some oldthinking help from Jacques Ellul—aspects of the "invisible government" of "experts", "nudgers", "partnerships", "initiatives" and other plusgood organs of Ingsoc's "inverted totalitarian" underbelly.