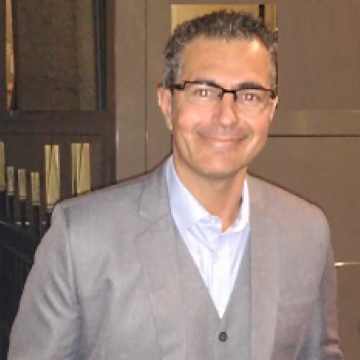 "We swim in a sea of assumptions we are largely unaware of."—David Charalambous

Do you find that some people are no longer paying attention to facts? Or not listening to reason? Are conversations just getting "shut down" almost before they start?

We are joined by David Charalambous, founder of The Reaching People Project, for a conversation on the aims and objectives of this important new project, and to gain some insights into the ways in which this project might help us all to communicate with people in these increasingly polarised times.

David Charalambous is the founder of Reaching People. He has a background of 25 years consulting to multinational clients, from regular mums and dads, through athletes, to business leaders. His skills, which include NLP, EFT, General Semantics, System Theory, Process Mapping, Dynamics and Communication, have enabled him to build models of communication with which he has had much success in helping people over the years.—(Adapted from Reaching People Project)