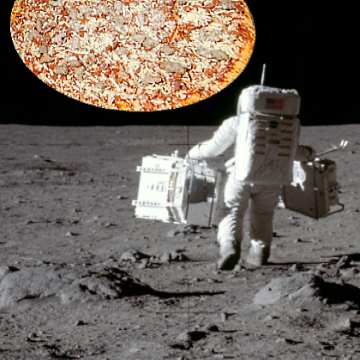 For the 10th of our TMR Movie Roundtables we welcome back our good friends Mark Campbell, Frank Johnson and Antony Rotunno for a four-way discussion on the 1978 conspiracy thriller, Capricorn One, starring Elliott Gould, James Brolin, Branda Vaccaro and Hal Holbrook, written and directed by Peter Hyams.

About to embark upon the first crewed mission to Mars, three NASA astronauts (played by James Brolin, Sam Waterston and OJ Simpson) find themselves suddenly removed from their command module, minutes before lift-off, and flown to a secret desert base. There they learn of an outrageous plan, hatched by establishment conspirators, to fake the Mars landing using a TV studio, props and themselves as actors—a deception in which they are forced to be complicit. Picking up on the trail of the conspiracy is news reporter Robert Caulfield (Elliott Gould), who goes further and further down the proverbial Rabbit Hole as he tries to make sense of the increasing anomalies. But not all goes well—(or, perhaps, not all seems to go well)—with the plan. Upon re-entry into Earth's atmosphere, the astronauts' (crewless) module breaks up. Now, they are officially dead—their existence a threat to the lying narrative. Their only hope is to escape and reveal the plot to an incredulous world.

Join us as we discuss the film's production, ponder its "conspiracy" themes, and ask the question: Did "we" really go to the Moon?

[Podcast theme music: "Crabs Up North" by KODOMASAN from the album "Capricorn One"; used with kind permission]